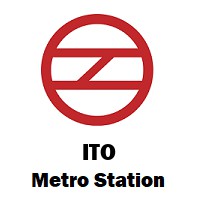 Delhi is a highly populated state in India. So many populations have various types of needs like food, living place, and the most important thing is transportation. For the resolution of the transportation problem, the Delhi government makes many Metro stations on many lines like green line, yellow line, pink line, violet line. In a violet line, many metro stations are fixed. OTI Metro station is one of them located on the violet line. It was inaugurated on 8 June 2015 by the urban development Minister M Venkatesh Naidu and Delhi Cheif Minister Arvind Kejriwal.

Delhi Metro wait for the coming OTI Metro station under the Phase III expansion. Whereas the opening of Mandi House Metro station Which is also an interchange station now took a chunk of the road of the Rajiv Chowk Metro Station. The OTI Metro Station is hope take some of the surfaces the traffic of the OTI intersection, Which witnesses heavy traffic jam due to a number of river and commercial vehicles coming from the south and east.

According to Delhi Police, OTI Metro Station is one of the highly populated areas in the city. With the entire flow of traffic from to the rest of the city vice versa. Approximately 1.75 Lakh Vehicles are used in OTI station.

According to the Delhi Metro officials use of OTI metro is day by day increases. As per the estimate, around 2500 passengers have used this station after a long time in the year 2021 3500 number will be gone.