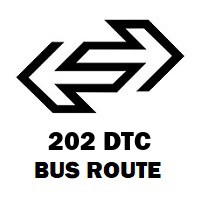 It is completely impossible to run every single bus at the same time and that’s the reason that the operators schedule a particle time table for every route. Similarly, here we are sharing 202 bus timings and its route details so that you can get enough known sources and can travel without any worry.

About the bus route

Airports, railway stations, bus stops and metro stations are the crowded places of any city. In the case of Delhi, the crowd gets almost double as it is the capital of India and travelers also come here from different cities or countries. The journey of the 202 route begins from the Old Delhi railway station and ends up at the Anand Vihar ISBT. It is not a very long journey but due to traffic and other circumstances it can take more time than usual so if you are going to the office or meeting, take a bus a half an hour before your reach time.

A brief about the bus route

Important places or hospitals on a particular route

The list of hospitals, places and metro stations can be a bit long but here we have tried to cover all popular and major hospitals or places. You can see if you want to visit any of the below places this route will be perfect for you.

Metro stations on the route

The bus covered approximately 18 one way trips on daily buses and the first bus departs from Anand Vihar ISBT at 6:32 am and the last bus departs at 9:20 pm to old Delhi railway station. The total distance covered by bus number 202 is about 19 kilometres and will be cornered in maximum 45 minutes. As it is not a big route so there are only twenty major bus stops during the travel which are Old Delhi railway station, Mori Gate ISBT, shyam giri mandir, shastri park, seelam pur, welcome, kanti Nagar, swarn cinema, hans apartment, A block jagat puri, KK xing, hargobind enclave, karkardooma court, suraj mal park, DDA flats jhilmil, ESI hospital, IIT vivek Vihar, Surya Nagar, ram pradhan zing, Anand Vihar ISBT. This was the list of bus stops falling on the 202 route, be sure in advance and give yourself a chance of self esteem.

To become independent and survive in this competitive world it is really important that a person should know each and everything specially while travelling. A small mistake can even cause a bigger harm to you so stay alert and be safe with us. Share this post with your friends and relatives so that they can also get complete knowledge about the 202 bus route and its timing.