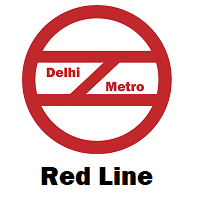 The Red Line Metro is the third most used line by the commuters of Delhi. It serves as the best means of transportation for passengers of West and North Delhi going towards East Delhi and vice versa. 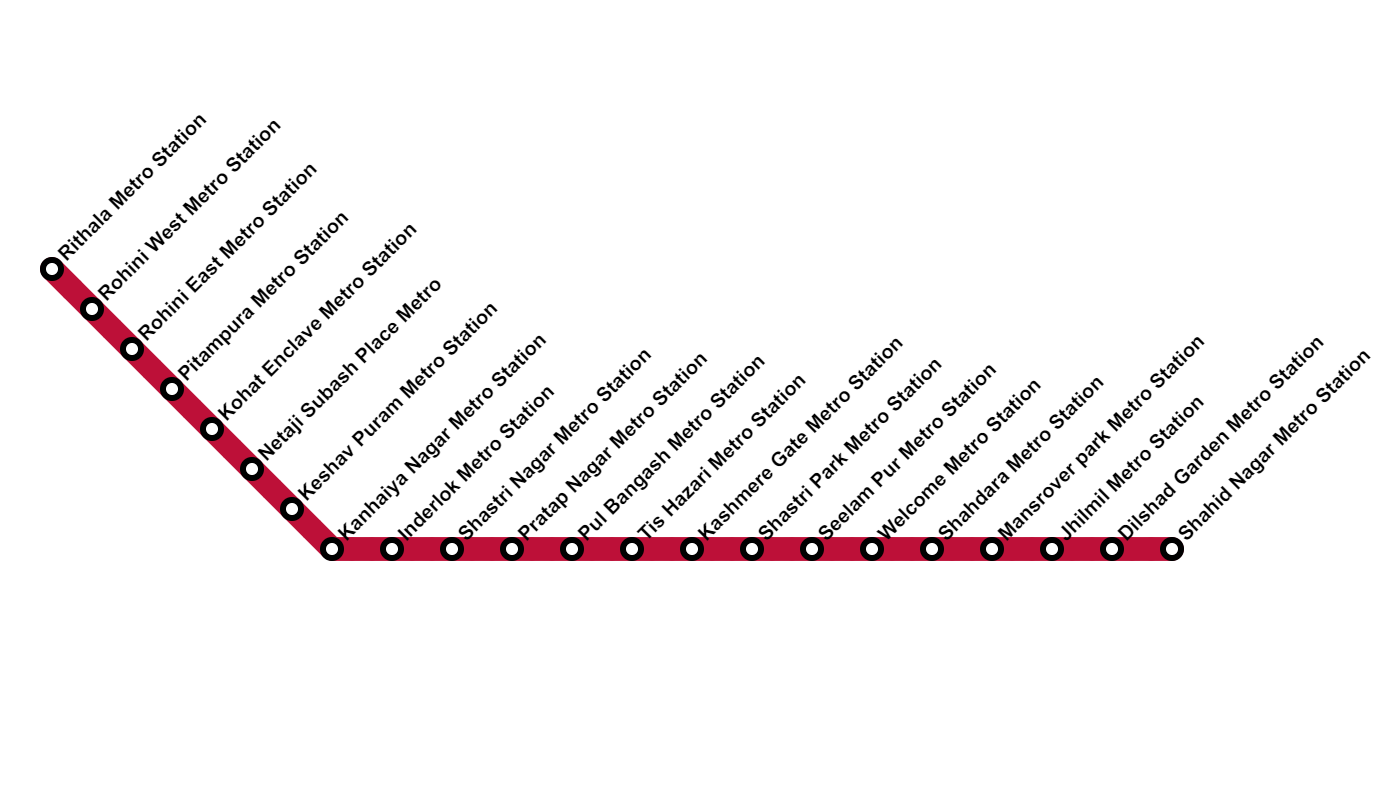 The line connects parts of North Delhi, North East Delhi, and North West Delhi. It presents it consists of 29 stations stretching over from Rithala to Shaheed Sthal. The Red Line Metro covers a distance of 34.4 km and the entire line is elevated.

The Red Line has 29 stations and the total duration for covering the stations on the route is approximately 73 minutes. The first stop on the route is Shaheed Sthal and the last stop Rithala.

Approximately stations on this route viz. Raj Bagh, Rajendra Nagar, Shyam Park, Mohan Nagar, Arthala, and New Bus Adda, have got station buildings on both sides that connected at the concourse level. These stations also have station platforms via Foot Over Bridges (FOB).

DMRC was facing the music because of financial constraints for the Project of Delhi Metro. The NDA and BJP government came forward and provided the funds for the construction of the whole Project which also called for investment by the foreign investors specifically from Japan.

The Red Line was the first line of Delhi Metro which was constructed. The first part of the line was built from Tiz Hazari to Shahdara and commissioned on 25 December 2002. Multiple foreign investors particularly Japan Bank for International Cooperation invested in the construction.

The money was invested in a corruption-free model and the money was utilized to complete the construction of the segments in Phase-I and later in Phase II. Then, later on other stations were added on the line Tis Hazari to Inderlok in 2003 and from Inderlok to Rithala in 2004. A final eastern extension was added from Shahdara to Dilshad Garden in 2008.

The construction of Phase III, an extension from Dilshad Garden to Ghaziabad ISBT spreading across 9.5 km was approved by the DMRC and the government in January 2014. It started off in 2015 and went into commission on 8 March 2019. It served the commuters for traveling to Ghaziabad.

The Ghaziabad Metro project’s construction entailed an investment to the tune of Rs 2,210 crore. The funding was shared between various agencies, on the basis of the funding pattern approved by the Uttar Pradesh Cabinet.

The new Metro line will traverse the areas alongside Sahibabad Industrial Area and is bound to influence the residential areas in the vicinity.

The infrastructure of these residential colonies is very poor. Previously, people had to use the last mile connectivity from Dilshad Garden to reach Sahibabad. After the extension goes into operation, the conditions of the nearby areas lying along the Metro corridor will improve big time.

The network of Mohan Nagar from Dilshad Garden will also improve as the congestion will scale down significantly.

Vasundhara is another area that will benefit effectively from this construction. The moment Noida route starts operating, the Mohan Nagar Metro station will come within easy reach and commuters will have to catch the Delhi Metro Red Line to go to Kashmere Gate, Rohini, etc.

The Phase IV of the Delhi Metro Red Line will be constructed to include Narela (21.73 km) and the following stations will be added on the extension