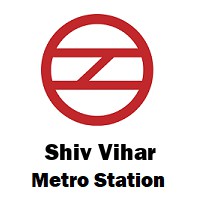 Delhi, the capital city of Republic India and one of the most populated metropolitan city. We do find all kinds of people viz people coming for their livelihood and business purposes. It is also one of the best tourist places and acts as a connecting location for many important tourist spots and locations. Basically, the most strenuous task for the government is the traffic and transport system and it has been struggling with it for years now. Public transportation systems like local trains by Indian railways, buses by Road Transport Corporation, metro service by both state and the central government are some of the projects undertaken to resolve the issue. The use of public transport has made a great mark in controlling the pollution of the city.

Delhi Metro Rail Corporation is a joint venture by both central and Delhi government so as to construct the system of Delhi Metro in a couple of phases by aggregating the resources like budget, labor, and all the other basic requirements. Red, yellow, blue, green, violet, orange, magenta, and pink line of Delhi metro, are the different divisions of phases in the construction of the full-fledged metro as per the master plan. During the phase of its construction, it did face a couple of mishaps but the corporation has been successful in making it real in accordance with the master plan.

The last station at Pink Line

Recently the pink line has been started having a unique feature of having three exchange stations that connect to various locations and also connecting north and south campuses of the Delhi University. It has been inaugurated and has its new path from Majlis Park to Mayur Vihar Pocket 1 (inauguration dated as 14.03.2019) and Trilokpuri city to Shiv Vihar (on 31.10.2018). Shiv Vihar metro station is an elevated type metro station with 2 platforms and 3 lined OHE (Over Head Line). This is the last metro station on the pink line metro route from Loni, Ghaziabad. It does connect many important places like Anand Vihar (major connecting location hubs of East Delhi), Welcome Station (interchanging between the red line and pink line), and is well integrated with other public transportation systems.

Wait for Shiv Vihar metro station has finally been over and passengers have been using the services in a fruitful manner. It has many attributes of the latest technology and is well maintained in terms of cleanliness. Facilitating the physically disabled people and the supporting staff adds up to the features. The station has been looking forward to coming up with resolving issues related to staff, parking lot, stores, restrooms, etc. With only two exit gates in the station, crowd management becomes one off the critical problems to be resolved. One of the major problems being faced in the station is the token machines where people are being recorded to spend an average of 20 minutes of time.

Nevertheless, people seem to be very happy using the Shiv Vihar metro station and the services offered which play an important role in making their lives easier. Being a newly constructed station, authorities tend to state about the problems being rectified and resolved and would probably take a few months to come up with a complete plan to resolve the issues.