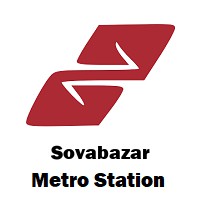 Metro and subways are all set up for all the people of the urban areas, where the population is high and means and conveyance is low. Metros provide all such assistance such as purchasing tickets, board trains and evacuate the system whenever a situation of emergency bounds to arise.

Such a metro station is available for easy access to all important places of the urban sectors such as commercial places, major buildings, and other transport facilities. Metros are a way which would make your everyday journey rather less troublesome and in an easy, stress-free and not tiresome. It is tiresome when you travel by your own vehicle as you need to drive for long. By utilizing the metro, you can save both, time and money.

The Shovabazar metro station Kolkata has been in operation since the year 1995, which is, it has been in services for 24 years. The exact date of commencement has been dated as of February 15. This particular station is situated on the Kolkata Metro line 1 of Kolkata Metro.

Shovabazar metro station Kolkata is an underground double tracked station i.e. it has 2 tracks. The station also provides disabled access to and fro from the station and one has to go on the right as the door opens on the right. The station has 2 platform levels and goes by the code KSHO.

There has been the best provision for the traveler’s safety with all the necessary measures required. This particular metro station’s exit gates are – the main gate towards Aurobindo Sarani, Seth Anandram Jaipuria College gate and lastly BK Paul Ave gate.