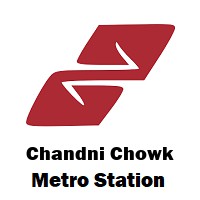 Chandni Chowk Metro Station Kolkatta was incorporated in the year 1995, exactly on the 19th of February of the year. Making this station more than 20 years old. Chandni Chowk is yet another station of the Kolkata metro station and the precise address of the station is 12, CR Avenue Road, Chandni Chowk, Bowbazar, Kolkata, West Bengal 700072.

It is entirely owned by the Kolkata Metro and has been in operation since its emergence, serving all the people of Kolkata, acting as a great yet easy mode of transport in the densely populated city of Joy.

The platform is referred to as the Island platform, which is structured in the Rapid transit type. The metro is actually situated in the north-south line of the Kolkata metro line which is in between the Central station and the Esplanade station.

The famous spots around this station, are of the diverse range, including places like the Calcutta Walks, E-Mall, Sundarban Houseboat, Jyoti Cinema, St. Andrews Church, etc. The list comprises all the places of sightseeing if you aren’t a regular traveler, and are traveling for fun. The metro station is in line number 1 of the Kolkata Metro and is an underground metro station.

The Chandni Chowk metro station has a total number of 6 exit gates, among which the gate number 3 leads to the Hind cinema, gate number 4 leads to the Yogayog Bhavan and the gate number 6 leads to the Ganesh Chandra Avenue. The station layout is in the patter of G – street level (Exit/Entry), M – Mezzanine (Fare control, station Agent, Ticket/Token Shop), P – Southbound (toward Kavi Subhash) and Northbound (towards Noapara). There are also a number of bus lines connecting to the station for easy travel at the end of your metro journey. The bus lines are - Bus route number AC3, AC9A, AC20, AC39, E14, S2A, S9A, S10, S10A, S11, S15G, S17A, S48, T1, T8, VS1, serve the station.