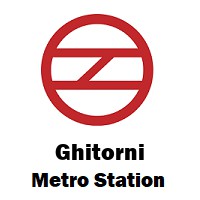 Ghitorni Metro Station is a station on the yellow line of Delhi Metro. The station address is Gadaipur, DLF Firms, New Delhi 110030. The station was established in the year 2010 on 21 June.