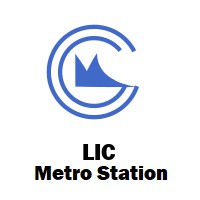 In Chennai Metro, Lic metro station is situated on the blue line of Chennai Metro. The was actually opened on 10 February 2019 and it also has access for disabled persons. Having underground double track and it has island platforms. The station serves the neighborhoods of Egmore and Royapettah.

The area around this the station is also common for the best property rates available under every category, which makes it one of the favorite places for investors and the buyer.

The area surrounding the metro station is highly civilized and advanced having most of the amenities like popular hotels, public transport, shopping malls, Bank ATMs around Lic Metro Station. The most common banks situated this area is-