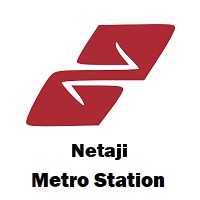 In the Kudghat you can go with your loved ones and enjoy the beautiful sightseeing in Kudghat area. If you are a food lover then you can visit the Karunamoyee Bara. This is the largest Bazar in Tollygunge. You will get each and everything you want. That includes the many types of different fishes and many different vegetables at the most reasonable price. If you are a pure Bengali then this one is the best places for you.

Here you can also observe many different famous buildings that include the Diamond City and the South City garden. The latter is a really famous and prestigious building in Tollygunge.

From the Netaji Metro Station, you can also get to visit many different restaurants. If you are visiting the Kolkata, the place of joy, as a tourist, then don’t forget the famous Rasgulla, which you can find in abundance at Kudghat. You can If you want to stay in the Kudghat area then you can just stay in the many hotels in the Kudghat area. The price of hotels is also very reasonable so that you can save your money while enjoying the beauty of Kolkata. Kudghat is an area mainly known for its serene beauty and sightseeing.

When you will visit the Netaji Metro Station of Kudghat the beautiful drawings & graffitis are bound to catch your eye.