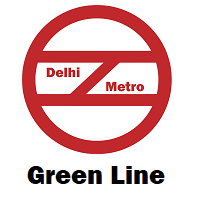 The Green Line Metro is the fifth line of the Delhi’s enormous metro network that runs between Inderlok and Brigadier Hoshiyar Singh. This line passes through 21 stations and covers a trip duration of 42 minutes. 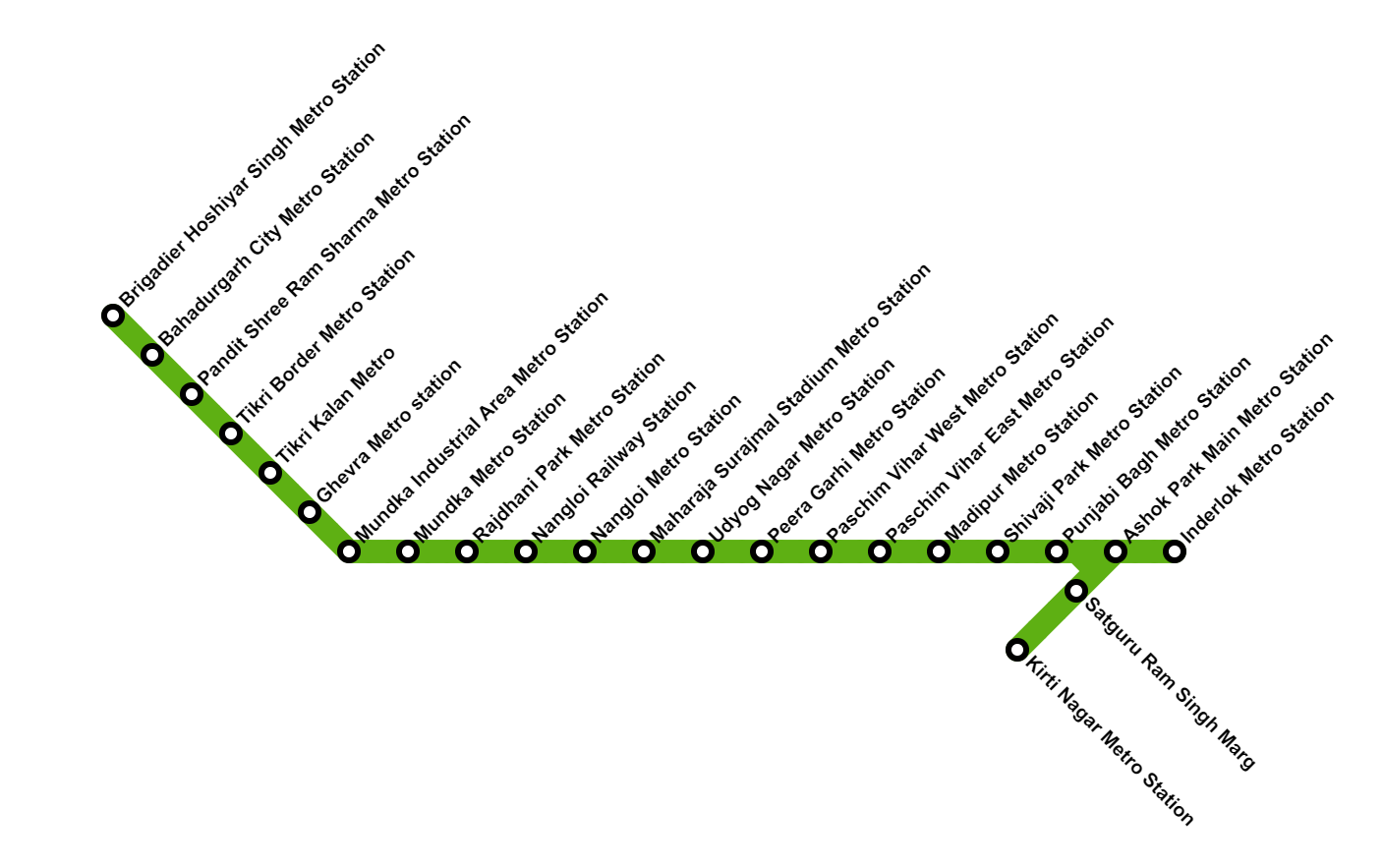 It is the first line that runs on standard gauge, unlike the previous metros that run on the broad gauge. It has a connection on the blue line with a branch line carved out at Ashok Park Main station with Kirti Nagar station on the Blue Line.

The Green Line is totally elevated and was conceived as a part of Phase II of Delhi’s metro network. Running a total distance of 29.64 km, this line runs on the busy passage of NH 9 route of North and North West Delhi alongside Tirki border to enter Bahadurgarh.

History of the Green Line Metro

The Green Line metro was opened in two phases. The route between Inderlok and Mundka of 15.1 km was opened on 3 April in 2010. On the other hand, the route between Kirti Nagar and Ashok Park Main of 3.5 km was opened on 27 August 2011. The distance on which green line runs is very short but it is the powerhouse for the commuters of Delhi who wish to switch from Red and Blue lines.

The green line serves as the lifeline because it covers major commercial and residential areas like Punjabi Bagh, Paschim Vihar, Nangloi and Mundka.

In order to make it more convenient for the commuters of NCR, the Union government approved extending the green line from Mundka to Bahadurgarh in Haryana on 6 August 2012. This new stretch covered 11.18 km and included stations of Mundka Industrial Area, Ghevra, Tikri Kalan, Tikri Border, Modern Industrial Estate, Bus Stand and City Park between Mundka and Bahadurgarh.

The work of this extended network started in 2013 and was completed by the second half of 2018 as part of the Phase III expansion.

On 24 June 2018, Narendra Modi, while video conferencing inaugurated the Mundka-Bahadurgarh stretch. The Delhi Metro phase III project entails the addition of than 1,800 coaches by the year 2019. The addition of 60 coaches for Faridabad Line and 35 for extending the Green Line is in the pipeline.

Despite the fact that the Green Line passes through the newly opened Pink Line, it does not have an interchange station with it. However, passengers of the green line can access the new station on the Pink Line by getting down at Shivaji Park and the Punjabi Bagh stations and taking another conveyance option such as rickshaw.

A proposal was made to link Shivaji Park or Punjabi Bagh station with the new Punjabi Bagh West station with a foot over bridge. However, it could not be effectuated into reality due to budget constraints and lack of land for construction. The DMRC has now undertaken a feasibility study for the same.

Recently, DMRC announced that 33 AC feeder buses will be running to facilitate passengers from the Punjabi Bagh West station of the Pink Line to Shivaji Park and Punjabi Bagh stations of the Green Line respectively.

The Green Line has equipped with Bombardier Cityflo 350 signaling. The Green Line runs on the standard gauge trains manufactured by a consortium of Mitsubishi, Hyundai Rotem, and Bharat Earth Movers Ltd.

The Kirti Nagar branch line was carved out to scale down the traveling time for commuters as well as the fare. The slow speed of the metro on the standard gauge caused people to travel through the same old longer route by interchanging at Kashmere Gate and Rajiv Chowk.

But even after the train increases its speed during the peak hours there were equal crowds at both Inderlok and Kirti Nagar stations. A large crowd gets down at Ashok Park Main, Peeragarhi and Nangloi and Mundka.

This line conceived to be further extended from Bahadurgarh to Delhi Gate and Dwarka Sector 28 by 2021. As a result, overcrowding at the interchange stations will reduce in Phase IV construction.